Start planning now for a long and enjoyable retirement.

As a member of the nursing workforce, you can save for your retirement through a pension scheme. Find out about the options available and the pensions advice available to RCN members.

Ensuring members of the nursing family have access to good quality occupational pension provision has been identified by the RCN as a key strategic aim.

As life expectancy increases and pension values change, it is more important than ever to make sure you plan for your retirement.  There are three main types of pension provision:

The State Pension is a regular payment made by the UK Government to people who have reached State Pension age.  This is to ensure that everyone has a foundation for their retirement income to support them in their old age.  State Pensions are funded from National Insurance (NI) contributions.

A briefing paper outlines current issues relating to the equalisation of the state pension age between men and women, including details of a campaign led by the Women Against State Pension Increases (WASPI) and associated activities.

The NHS Pension scheme is the occupational pension scheme for employees working for the NHS or for an organisation providing NHS services.  A significant majority of RCN members are active, deferred or retired members of the NHS Pension.  We recognise the value of the NHS Pension scheme, not just as deferred pay for our members in their retirement, but as a key component of the overall NHS reward package and its importance to recruitment and retention.  As such we are committed to working collectively and in partnership with Government and employers to ensure the scheme remains one that is stable and secure, and that it provides the best possible benefit to current and future members.

There are three NHS Pension schemes across the four UK countries.  Further sources of information are as follows:

When the 2015 public service pension schemes were introduced, transitional arrangements for when staff would move to the reformed schemes were put in place such that those closest to retirement would stay in their original (legacy) scheme for longer. In recent legal cases, the courts found that the way in which members of the Firefighters and the Judiciary Pension Schemes were moved to their new 2015 Pensions Schemes under these transitional arrangements was discriminatory on grounds of age. These cases as sometimes referred to as McCloud after the name of one of the claimants.

This discriminatory effect now must be removed and Government have committed to applying the same principle and remedy to all public service pension schemes, including the NHS Pension, not just those schemes involved in the legal cases. NB – It was the transitional protection arrangements that were found to be discriminatory, not the reformed schemes themselves.

For background information on the McCloud case and its impact on the NHS pension scheme please see the online briefing.

In February 2021 Government confirmed the way in which it intended to deliver remedy and in July 2021 it introduced the primary legislation necessary to enact changes.

The Bill covers all 4 UK countries and makes way for each pension scheme to consult on regulations to start to deliver the following from October 2023 at the latest:

In addition to this Bill, Government has signalled that it will close the legacy schemes for future accrual from 1 April 2022. This will be enacted through secondary legislation and/or scheme regulations and means that all active members of the NHS pension schemes on 1 April 2022 will be moved to (if they are not there already) the 2015 reformed scheme arrangements. Pension benefits up to this date will not be lost.

Your Trade Union Committee are overseeing our work on pension scheme changes, including our positions and approach on lobbying the legislation making its way through Parliament. This approach will be ratified through the Committee, our Council and Executive Team. Further updates on the Bill as well as any formal written consultation responses and public briefings will also be available to read on the RCN website.

Your voice is important in formulating the RCN’s response to any proposed changes.

You will be able to give your opinions at a series of webinars that will be run in the early Autumn to explain the consultations and seek feedback on the proposals. These webinars will be open to all members and will be advertised through the usual communication channels including social media.

You will be able to read any formal written consultation responses as they will be published on the RCN website.

You will receive notification from the Scheme administrator of the changes that affect you at a later date. We are working with them and the Health Departments to ensure you get the information from them that you need to understand the impact the changes have on you.

You will find further updates and briefings published on the RCN website as further details become available.

The member contribution framework for the NHS Pension schemes is currently under review and will change from April 2022 when all active scheme members will be moved to the 2015 scheme arrangements for their future pensionable service.  It is expected that the Health Departments will consult on new frameworks in the Autumn 2021.

The member contribution framework for the NHS Pension scheme is currently under review and will change from April 2022. It is expected that the Health Departments will consult on new frameworks in the Autumn 2021. The RCN Trade Union Committee have overseen the RCN’s engagement with the schemes on proposals for changing contributions and our position has been to resist changes that would negatively impact members. The changes that are likely to be proposed and then imposed will have different impacts on scheme members depending on how much they earn.

When the consultations on contribution changes are published you will be able to have your say and influence the RCN response. Further details will be provided as soon as they are known.

Other workplace or occupational pensions

If you work for a Local Authority you should have access to the Local Government Pension Scheme.

University staff may be covered by the Universities Superannuation Scheme.

If you are working elsewhere, for example in the independent sector, you may have the option to pay into a pension scheme arranged by your employer that both you and your employer make contributions into.

Since 2012 all employers are required by law to offer a workplace pension to eligible staff.  Eligible staff are automatically enrolled into a workplace scheme but can subsequently opt out if they wish to.  Both employers and staff pay into the scheme and staff receive tax relief on their contributions.

Some, but not all, workplace pension schemes make provision for employees who have to leave work early due to redundancy or ill health and also pay life assurance benefits. Your employer should be able to provide specific guidance on the benefits available.

Visit Gov.uk for more information on workplace and personal pensions and autoenrolment.

For more information on your specific occupational or workplace pension, speak to your manager or your employer's payroll or human resources department.

Private pensions are like workplace pensions but are set up by you rather than your employer.  You can set up regular contributions, e.g. monthly, or make one-off payments into your fund.  Your pension provider will add any necessary tax relief.

The money you put into your personal pension will usually be invested in a range of assets like shares, bonds, property and cash.  When you start your pension, you'll probably get a choice of pension funds to select from, based on how much risk you are willing to take.

When you reach the age of 55, you can take your private pension as a lump sum, use it to buy an annuity (a guaranteed income) or leave it invested and take out cash amounts when you need to via drawdown.

Further advice about pensions can only be given by regulated financial advisers or institutions.  Lighthouse is the RCN's preferred partner for financial advice but other services are available.

You can also find out more from the Pensions Advisory Service.

As an RCN member, you can find answers to your questions about work,  and more, in our comprehensive advice guides. You can also find out how to contact our RCN Direct advice team. 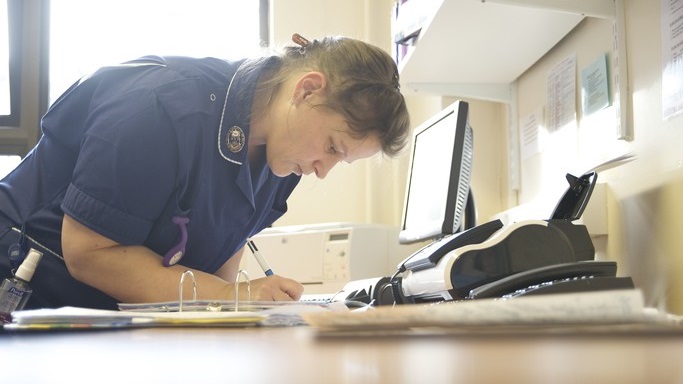