The RCN is campaigning for Fair Pay For Nursing.

The Fair Pay For Nursing campaign is about:

Ultimately, the Fair Pay For Nursing campaign is about providing safe and effective care for all people of the United Kingdom.

The Fair Pay For Nursing campaign aims to secure a fully-funded 12.5% pay increase for all nursing staff covered by Agenda for Change terms, as part of a one-year deal that applies equally to all bands.

That is lower than the rate of inflation, which is expected to hit 3.7% this year, meaning staff will effectively get a pay cut. Read RCN Wales’ response to the announcement.

The results of the consultation, which ran from 12 August - 13 September, showed members overwhelmingly agreed that the pay award for NHS staff in England and Wales is unacceptable.

RCN Wales lodged a formal trade dispute with the Welsh Government on 14 October, giving them 7 days to meet with us to discuss the pay award, but they refused. As a result, RCN Wales has decided to take the next step and initiate an indicative ballot.

The result of the indicative ballot will not formally authorise industrial action but will be used to inform next steps in our fight for fair pay. The RCN is clear that industrial action is always a last resort, but we’re also clear that the current staffing crisis in the NHS is causing unacceptable risk to patients and staff.

The ballot will be run by Civica Election Services with voting open from 4 to 30 November. Eligible members will receive their ballot email from RCN@cesvotes.com.

To make sure the ballot reaches the right people, members' details must be correct in MyRCN - please check these now. 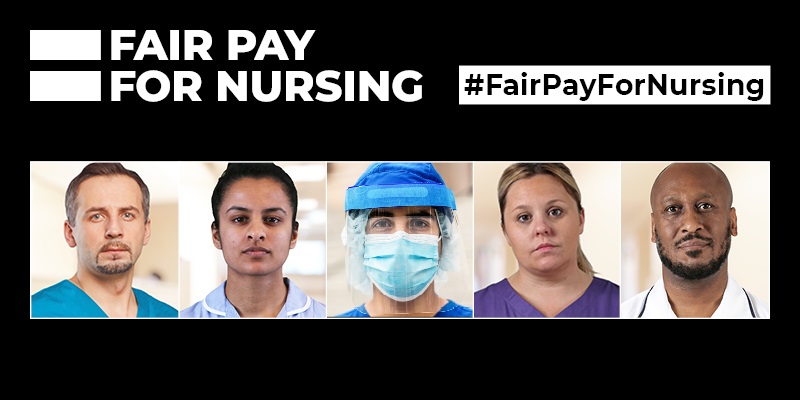 Find out more about the RCN's Fair Pay for Nursing campaign. 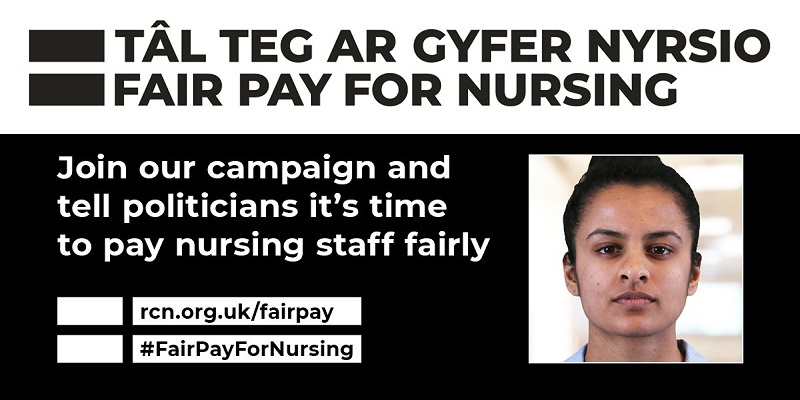 Fair Pay for Nursing in Wales

Read about how RCN Wales is campaigning for fair pay in Wales. 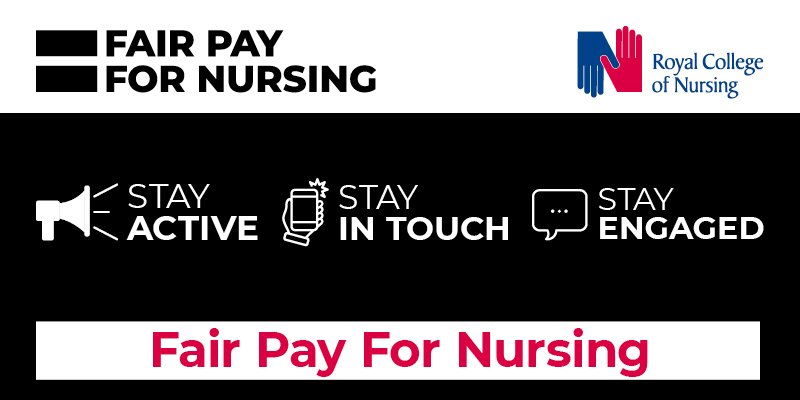 Get involved in our campaign to let the Welsh Government know why you believe nursing staff deserve a 12.5% pay rise. Below are some ideas of how you can stay active, stay in touch and stay engaged in the #FairPayForNursing campaign.

What's next for NHS pay

Find out about the latest updates in all four countries of the UK, including indicative ballots in England and Scotland.

Take a look at the most recent news from RCN Wales.

Read our latest blog posts related to the Fair Pay for Nursing campaign.

View all of our #FairPayForNursing videos and podcasts on the RCN Wales YouTube channel.