The Students Committee is one of the most influential groups at the RCN. Often the most passionate and engaged of all the 450,000+ members, students are amongst the most powerful advocates for change.

Voting will take place between 6 December and 22 December for the following seats: Northern Ireland, South West and Yorkshire and the Humber. 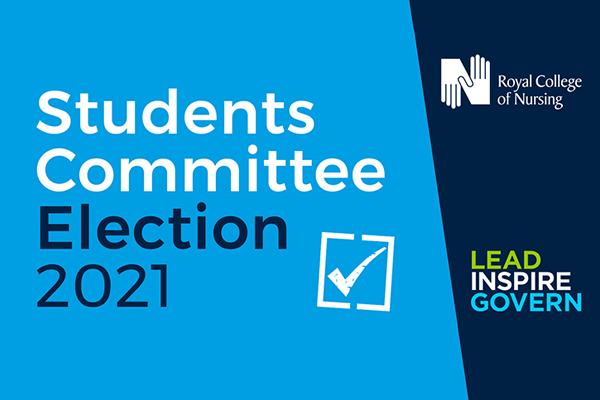 If you are a student member of the RCN and would like to share your views, ideas or concerns with the committee, please email students@rcn.org.uk.

You can find out more about the role and remit of the RCN Students Committee by reading the terms of reference.

Member of the Trade Union Committee and ex-officio member of the Students Committee, January 2020 - December 2021

Heather is studying adult nursing at the University of Central Lancashire, having previously worked within the healthcare sector as both a healthcare assistant and a support worker. She is an active RCN Student Ambassador, where she has focused on supporting her branch with student member recruitment. In addition to her role on the Trade Union Committee, she sits on the Students Committee as an ex-officio member.

Scott is an adult nursing student at the University of Sunderland, where he is the RCN Rep for the Nursing Society. He has also been an RCN Student Ambassador since 2018. Outside of nursing, Scott is District Explorer Scout Commissioner within the Scouting movement, managing a small team of adult volunteers and supporting around 50 young people aged 14 to 18. He is also a Duke of Edinburgh's Award expedition assessor.

Shaun is currently a student learning disability nurse at Keele University, prior to this he has been a support worker in health and social care. He is an alumnus of the Council of Deans’ 150 Future Leaders of Health Programme. He is neurodiverse and has an active interest in promoting diversity, inclusion, and co-production in both education and employment.

Rebecca is studying Child Nursing at Hertfordshire University, where she is Chair of the Nursing Society and formerly the student representative for her cohort. Rebecca has been involved in her local RCN branch, taking a lead on growing their Facebook group. Before becoming a nursing student, Rebecca held roles as a healthcare worker and as an occupational therapy assistant.

Molly is studying Mental Health Nursing at De Montfort University. She is an RCN Student Ambassador and has been actively involved in the Fund Our Future campaign, attending UK Parliament in 2018 and RCN Congress 2019 to support the campaign. Molly also runs the “Pint Sized Student Nurse” blog, and is a curator of The Student Nurse Project @StNurseProject.

Vanessa is studying Adult Nursing at the University of Greenwich. Vanessa is passionate to raise the profile of nursing. She has been lobbying MPs for the #FundOurFuture and #FairPayforNursing campaigns with the aim of achieving equitable bursaries and pay. Vanessa's other interests include global and national health inequalities. She would like to see a transformation in nursing education with an innovative approach. She believes investment in primary care and the independent sector will alleviate pressures in secondary and acute settings. Dismantling systemic barriers such as racism and discrimination within the profession is another of her key focuses.

Lynsey is a third year nursing student at Queens University Belfast. She has previously been elected as class representative and student representative within her course, and was funded by the university in 2018 to attend the Chief Nursing Officer conference in Dublin. In 2019, Lynsey was nominated in the Student Nurse category at the RCN Northern Ireland Nurse of the Year Awards. She has been an RCN Student Ambassador since 2017.

Gary is a Mental Health Nursing student at Queen's University Belfast, where he is a Peer Assisted Learner (PAL) volunteer for health and well-being, EBN Champion and Peer Mentor. Gary is also an RCN Student Ambassador and in this role attended the 2020 RCN Students Debate and a number of zoom meetings to discuss issues relating to COVID-19. Prior to his nursing career, Gary was in the military for over 22 years.

James is studying Mental Health Nursing at Liverpool John Moores University where he is a Student Quality Ambassador and Cohort Rep. He has worked in healthcare since the age of 16, first working in a nursing home. James returned to the nursing home setting to volunteer as a team leader during the first few months of the COVID-19 pandemic. As an RCN Student Ambassador since 2019 he has worked to help students with issues local to their university.

Hannah is studying Adult Nursing at Edinburgh Napier University where she is a content creator on the editorial team of the student nurse newsletter. Hannah is a holistic therapist and yoga/meditation teacher with a passion for supporting health and wellbeing. She is interested in research  integrating massage and yoga techniques into nursing practice. Hannah hopes to bring her previous skills into her Student Committee role to further the health and wellbeing of student nurses post pandemic.

Cyzel is an Adult Nursing student at the University of Winchester. Alongside her studies she is also involved in her faculty’s BAME group and is a member of the Hampshire and Isle of Wight Student Nurses’ Committee. She is currently involved with the RCN SEFusion inclusion and diversity group for the South East, is an RCN Student Ambassador, and is a campaigner for #WeAreGlobalNurses. Cyzel is passionate about showcasing the life of student nurses and highlighting their achievements and struggles.

Lucia is in her second year studying Adult Nursing at the University of the West of England. Alongside her studies, Lucia works as a healthcare assistant and she is an RCN Student Ambassador.

Lucy currently studies Adult Nursing at the University of Birmingham. She is the Academic Officer of the Nursing Society and a participant of Interprofessional Education (IPE) sessions. Alongside her studies, she is a member of the @WeStudentNurse team, providing Twitter peer support and learning. As an RCN Student Ambassador she has sent monthly newsletters, spoken at multiple student events and meetings, and provided information on RCN and its campaigns to multiple cohorts.

Member of the Professional Nursing Committee and ex-officio member of the Students Committee, January 2020 - December 2021

Kendal completed her Adult Nursing degree at Bournemouth University in September 2020. She is now an Army nurse in the Queen Alexandra Royal Army Nursing Corps (QARANC) and completing her preceptorship at Portsmouth Hospital. Kendal joined the Army in 2010 commissioning into the Royal Engineers with whom she served until transferring to the QARANC in 2018.

Prior to her time in the army, Kendal achieved a Bachelor’s degree in Politics from the University of York. She is co lead of the Newly Registered Nurses Network, a Defence Nursing Forum Steering Committee member, and sits on the Professional Nursing Committee.

Become a Student Ambassador, attend RCN Congress or stand for election on the RCN Students' Committee. 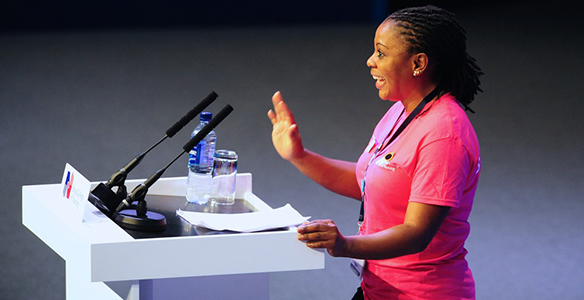 If you are  a student member and have any questions about getting more involved with the RCN we’d love to hear from you. Email us at:

RCN student membership gives you all the support you need throughout your studies and beyond.